So, I have started the new job. Seems to be going well., Have already encountered several new flora of gun owners. But new gig has a different social media policy and I'm still working on curating stories so to be in compliance.

So, for now, enjoy a half ass gun review.

When Sig dropped the 365 at SHOT Show 2018 I was less than impressed. And then the racalls hit. And I was smug in his assertations of only metal framed SA/DA guns from Sig are worth having.

And well, then I actually held one. And then shortly there after I shot one.

I was thoroughly impressed. The little gun isn't much bigger than a Glock 42. But it gets you ten rounds of 9mm in a easy shooting package. That is still a pocket gun.

The gun has sights on it from the factory that are actually decent.

And holy hell, the things shoots. Like really, really, good. And it has a ten round mag as previously mentioned. So that gets you 11, and that makes the gun a three maybe even four bad guy gun.

Stuff that thing full of Critical Defense and you're in business as far as small, but almost for real fighting iron carrying goes. That'll be my next gun purchase here soon. 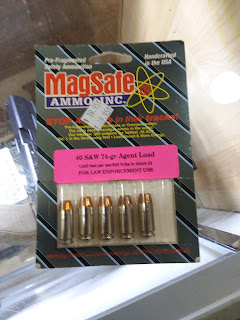 Bubba brought these in when he was trading out his .40 Blaster for a new 9mm Blaster. Progress I guess.

An Israeli M-1935 that was reparked by the importer. Still want it.

Thank y'all for stopping buy. Sorry for the long absence. I work less at the new gig, four on/three off, but it feels busier than the old gig. Either got guns to clean, work on sell, receive, or rent. And there is always brass to be swept up. Moving forward, I should start getting back into the swing of things with posts for sure on Monday and Tuesday.