Just some pictures of a few Saturdays ago getting to do some blasting as the 'Counter Jockey Blog Team.' Now we just need to get back out there and keep working some of the drills we found and like. I'm always looking for new drills so please comment with your favorites. 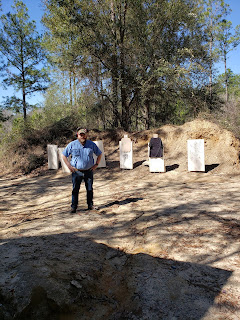 Mack being a great 'dummy' for the camera! 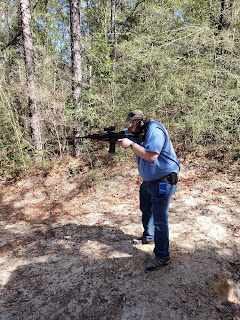 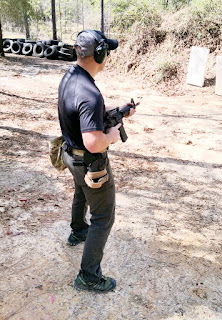 Because I really want to be a cool commando. 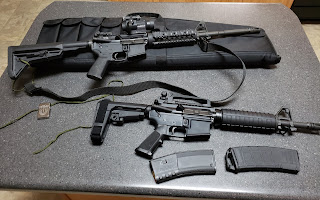 A couple of nice tools.

After a long hiatus for life, we’re back with another Tuesday Tips. I’m going to discuss a very simple yet effective way to help make your 2d, cardboard target a little more realistic. It will also help you get a better idea of your natural aim point when there is no ‘scoring ring’ to aim at.

I took a regular IPSC/USPSA target and put a t-shirt over it. This helps make the target look a little more like something you may have to shoot at should the time arise. I just used an extra t-shirt that I had laying around. I prefer to use black t-shirts because they simulate the most extreme scenario. The black hides any hits you’ve made while also making you work for your sights as it creates very little contrast. (Especially if you are running black on black irons.) 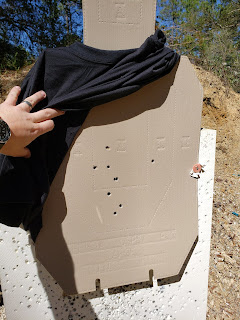 My target after 9 rounds. 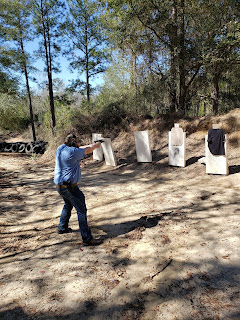 Doing this allows you to see where you might aim in a self-defense scenario. I’ve never really had an issue even with low contrast targets but as you can see, I tended to be inline, just a smidge low. Still effective hits but nice to know I should aim a little higher than I think. Go try it out and you might be surprised what you find out.

As a meta intro, the thought of using a Japanese word to begin a book review gave me a bit of a Bud Light induced chuckle.

A bit of backstory:

Our protagonist was in a bit of a bind. He had drawn a pretty good topic for his term paper in Early U.S. History, 1787 to 1830; HIST 2500 class. In fact, his topic was so easy as to lead to a bit of complacency. You, see our protagonist, spent four years of high school in NJROTC. And was a bit of a history nerd. So the topic " The Continental Navy and the early U.S. Navy" seemed like a piece of cake. Which was good because our protagonist was very busy with sorority girls and cheap beer.

And then the next thing you know, it is 2045 on the night before the paper is do. The library is closed. But the local Barnes and Noble says they have a copy of "Six Frigates" in stock. And with a bit of creative sourcing, our hero is able to finish his paper, secure a B in the course, and have a lot of fun at the AOII Christmas party.

So, ever since then I've really liked Ian Toll.

He has recently finished the last book of his "Pacific Trilogy" concerning the war between the USA and Empire of Japan from 1941 to 1945. I've become a big fan here lately of the historical view that the Pacific War was damn near separate from WWII in Europe. Mister Toll is also a big proponent of that view.

The first book in his series is entitled "Pacific Crucible" and covers then period of 8 Dec 1941 until the Battle of Midway. And is very well done. I have a few minor quibbles in regards to how he formats some rank abbreviations and squadron designations. Also, I'm that guy. I like footnotes on the page where they are cited. So I can highlight then and there without having to refer to the index or bibliography.

And the War in the Pacific has been rehashed a hundred different times. Mister Toll is very concise but doesn't really present anything new or Earth shattering.

That being said; I still whole heartedly recommend his trilogy because of one cogent point.

He is rightfully appreciative and does his level best to give generous and due credit to the pre-war regulars. Both officers and enlisted. He gives them the credit for winning the war. Which they so rightfully deserve and are so often neglected for. The war began in earnest on 8 Dec 1941. We won it on 6 Jun 1942. The IJN just didn't realize it yet.

And the guys that held the line and won the war were all pre-war regulars, for good or ill. And they did their jobs. And did them well in spite of obsolete equipment and horrendous pay.

Ian Toll finally gives them their due. Can't recommend his books enough.

So, this past weekend your favorite counter jockey went and hung out with everyone's favorite co-blogger Pudge,

Pudge and I ventured out to look at old airplanes.

And I couldn't help but try and be artistic. 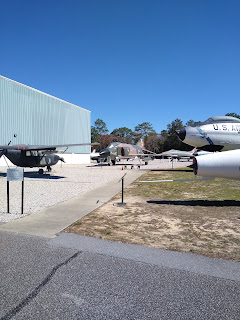 Even on the ground, the MiG will try and hide from the F-4.
That's a F-4C that flew ably in SEA. And just out of focus is a MiG-21 we bought from Indonesia.
Hiding, from the F-4. The natural predator of the MiG.
Thanks for stopping buy. Should have some fun gun content this week.

Some more recent musings to think about below.

2) Do you carry spare ammunition for concealed carry? How do you carry it?

3) When conducting rifle training how do you carry your spare magazines?

4) What type of firearms/military style training would you recommend to others? What kind of training are you looking for?

5) What do you look for in a trainer?

Hope these questions get the brain working and potentially help prioritize some things. 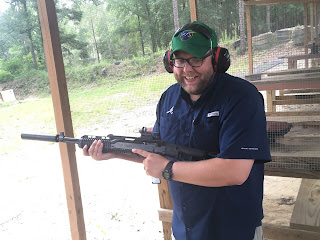 A picture of Mack shooting a Hi Point because I can't let him live it down!

Today I want to expound upon mindset. And having absolute faith in your primary weapon's systems zero. Absolute faith.

I'm sure by now most of y'all seen the above video.

A couple of take aways. Guy had absolute faith in his rifle and his abilities.

Also, guy had the mindset to win. He rolled up on seen prepared to use hostile force if necessary.

As a gear take away, the LPVO is the wave of the future.

Let's compare and contrast the above with the fate of the FBI in Miami today.

Those Agents were not expecting a fight. And paid for it.

As the world turns to shit; be prepared.

By Pudge
Below are just a few things I’ve been pondering and wondering what others think.

1) Do you keep/prefer a minimal number of calibers so that you have interchangeability or do you have/prefer a wide variety of calibers hoping even in crazy times at least one will be available?

2) Are you in the camp of cleaning your guns after every range visit or one that waits a few trips?

3) Are you against red dots on handguns? If so, do you have a red dot on your rifle?

5) Do you keep your magazines stored loaded or unloaded?

Just a few things to ponder and see what others do and why. 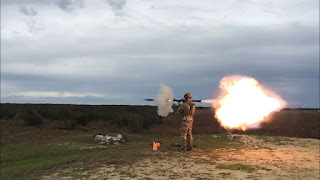 And a cool picture because why not!

Just some pictures of a few Saturdays ago getting to do some blasting as the 'Counter Jockey Blog Team.' Now we just need to get bac...