Not a lot to say today. Most of y'all know that I like old Smiths. Here's an assortment that at one point were all issued by the City of Atlanta. The 4586 was Columbus PD, but on the Atlanta approved list.

Bonus points for the 66-2. Atlanta, the GSP, Columbus, and my home town all used to list that gun as an approved duty gun. The GSP ditched it for the 4506 when they realized that it was not suited for a steady diet of hot .357 Magnum loads. Still a great gun. 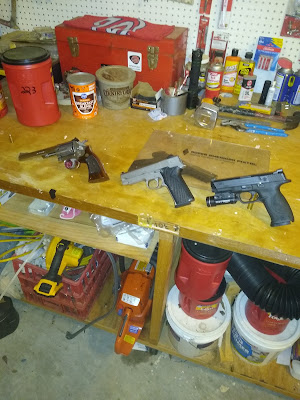