So, a bunch of jokes get thrown around down South about tornadoes. And yes, they do kind of sound like a freight train going through.

So, early Monday morning an F3 tornado that was ten football fields wide tore through my county.

Amazingly, the only fatality was a goat and an unknown number of chickens.

And for that I'm very, very thankful. My parent's house was spared. But barely. We're talking feet.

In addition to the fortunes that befell my small town that morning, I was reminded of why I love this country and living in an area that prizes self reliance yet still has a strong since of community.

When the sun came up; the sound of a hundred dozen chainsaws could be heard.

No need to wait for international aid, the Federal Government, or hell, even the National Guard when you got your own generator, a good saw, and a four wheel drive truck. I think Hank Jr sang about that.

My cousin rode up and down the main highway, where the damage was the worst, with his chainsaw and a bunch of bottled water. I was coming but still an hour a way and kind of hungover. Monday was supposed to be my day off. 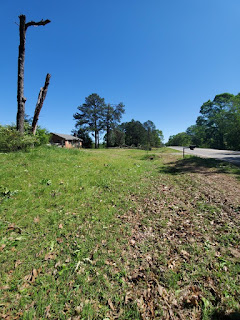 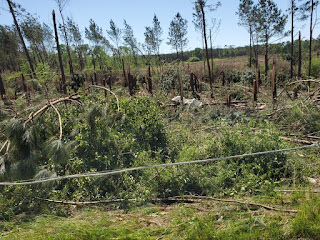 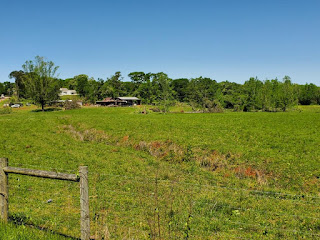 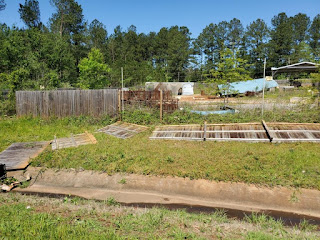 The damage was kind of bad. Some folks are homeless. But no one died. The Guard is there, and hell, most everyone has power again. 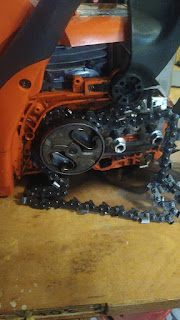 And after running my saw out of bar oil once and running it out of gas a handful of times, the chain decided it was done. Yeah. Gotta go to a professional for that. What's funny, is my Dad, Father in Law, and cousin all looked at that and said some variation of "I've never seen one do that before."

I took that as a sign and went home. The secretary at work said that I really couldn't leave for three days in a row again.
at April 16, 2020